Isla del Caño is one of the most beautiful islands in Costa Rica. Located 45 minutes from Marino Ballena (by our high speed boat), this biological reserve offers a great marine biodiversity. We are going to tell you about five sea animals at Caño Island that you will love to see. Have a look: 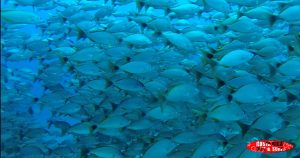 These sea animals are small in size and have silvery-cream with yellow and blue stripes on their bodies. They are also known as “pork fish” because they make noises by grinding their pharyngeal teeth simultaneously. The head of these species is long with a different snout. Also, forked caudal tail along with falcate pectoral fins is also present on their bodies. The teeth of these species are irregular. At Caño Island you may dive between Thousand of thousands of them. 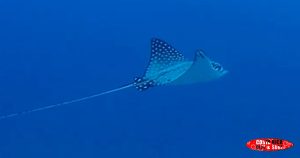 The eagle rays are the type of cartilaginous fishes. They are quite big sea animals. Eagle rays survive on crustaceans as well as mollusks. They crush the shells of these two species with their sharp teeth. As compared to other rays, the eagle rays like to live in the open ocean instead of the bottom of the sea. They have long tails than manta rays. Also, these sea animals have a proper rhomboidal shape along with different wings. The female spotted eagle ways are bigger in size than the male spotted eagle rays. 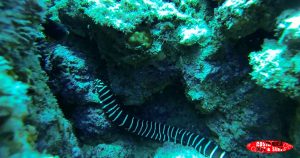 Those interesting sea animals have a medium size although its maximum length can be up to 60 inches. Still, the average size is around 15 inches. The color of this eel is whitish and banded dark due to which it is called zebra moray. Even that is considered dangerous to humans, this eels only attack in self defense, and most reported bites are the result of mistaken identity or attempts by humans to hand feed them – so, don’t try it yourself ! 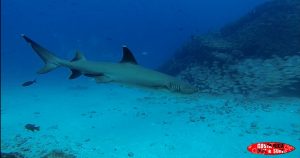 The White tip reef sharks are the types of requiem sharks. Those sea animals are small in size as compared to other sharks. The common size of these sharks is around 5 feet. These sharks have a slender body although big head. Their eyes are oval in shape with vertical pupils. These sharks are not dangerous for humans at all. They like to go for the water depths amid 20 to 130 feet. They go for a hunt in the night time and like to rest in the bottom of reef during the day. 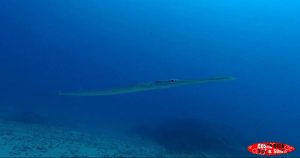 Cornetfish is also known as flutemouth. From their top to bottom, these sea animals are flat. Many cornetfishes are scaleless. Some of them have hard plates that are embedded in their skins. These species have oblique mouth along with small teeth. They have a long filament which is quite long in size. It might contain sensory pores that help in sensing the prey. The bodies of these species and their filaments are overall measured. Their maximum length can be around 6 feet. They eat only small fishes along with crustaceans. More information about the cornetfish can be found here.

Want to see those sea animals ?

So, Would you like to see this 5 sea animals and many many others ? Come and join a Tour to Caño Island with Costa Rica Dive and Surf !