Decompression Sickness, also commonly referred to as DCS is a very dangerous condition related to scuba diving. According to Divers Alert Network and other organizations, the condition can be exacerbated by a person being exposed to a high altitude too soon after scuba diving. For this reason, flying after diving is often discouraged for divers without waiting a specific amount of time.

What is Decompression Sickness and why is it so dangerous? 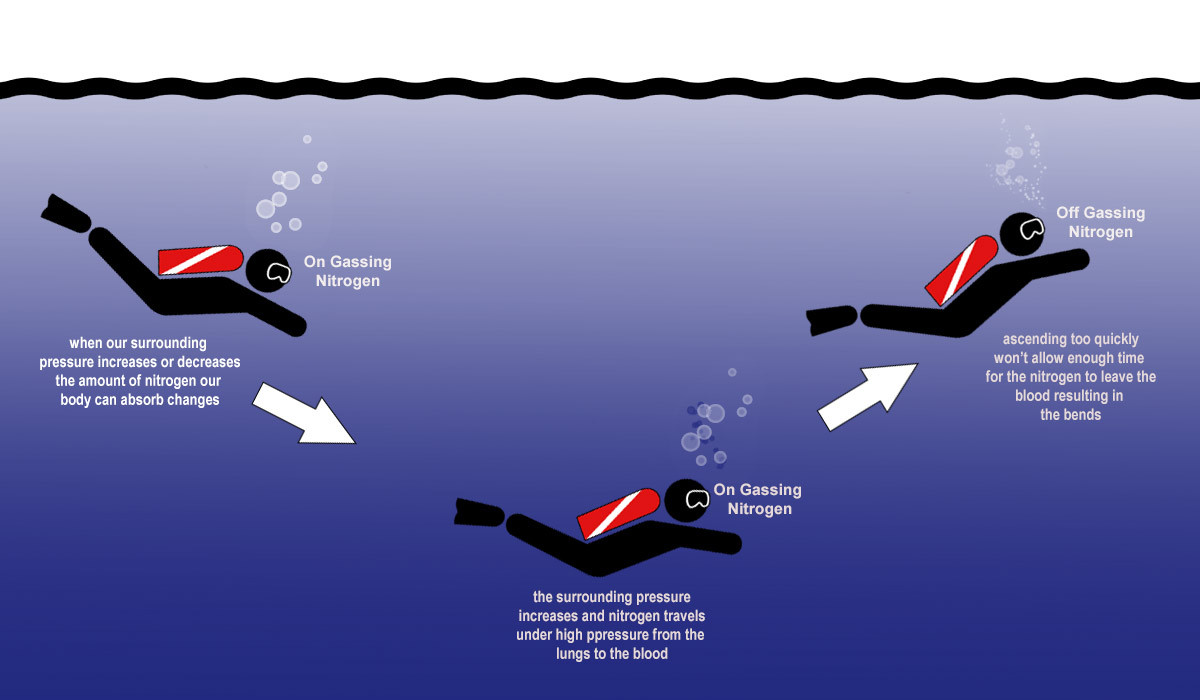 The reason why rapid decompression is a big problem for divers is due to the air mixture inside the tank. The tanks are used in scuba diving to provide necessary oxygen while the divers are underwater. While a small percentage of divers use pure oxygen when diving, the primary mixture is oxygen and nitrogen. The oxygen component is used by the body. However, the nitrogen component of the mixture is dissolved directly into the bloodstream.

Read also: 6 Important things to consider before the dive

Under normal circumstances, the nitrogen that has been dissolved into the blood is able to safely escape. Unfortunately, if the pressure around the body is decreased too fast, the nitrogen is released too quickly causing bubbles in the blood or surrounding tissue. This is what is referred to as Decompression Sickness or the Bends, in the case of scuba diving. If you want to know more about decompression sickness check out this PADI article.

Dangers of flying after diving

As discussed previously, prolonged exposure to the oxygen and nitrogen mixture that is contained the majority of all recreational scuba diving tanks creates a potential danger to all divers. However, with proper training and strict adherence to all of the proper procedures and regulations put forth by governing body’s that are responsible for oversight of the scuba diving industry the risks are diminished. 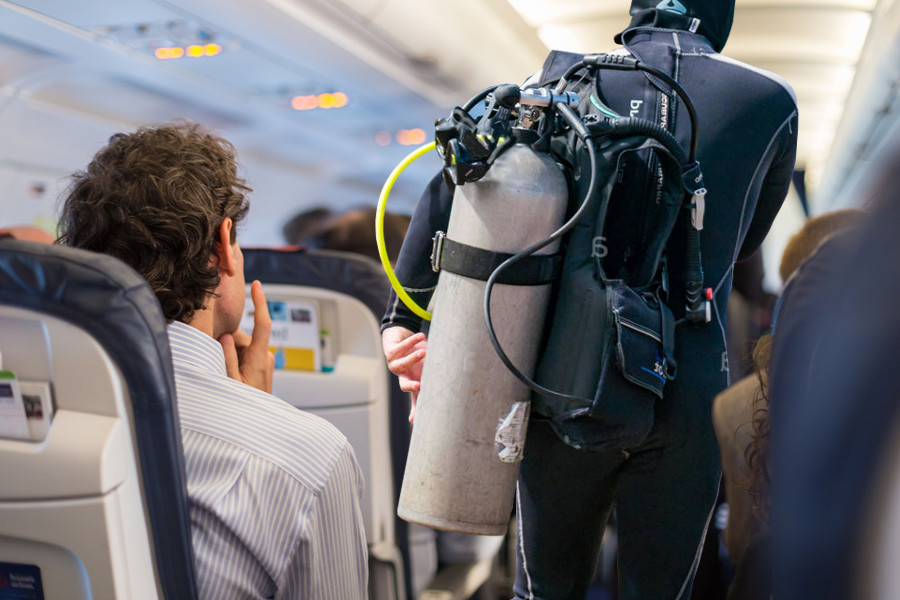 One of those strict guidelines that help to protect the individual from possible serious illness or injury is the concept of avoiding flying in a commercial plane for a certain amount of time. This time depends on some factors, but it starts with 12-hours and it goes up from there. To help better explain the point better, we have included a sample of the recommended safety precautions in regard to the amount of time a person should wait before they go onto an airplane.

Technology is a wonderful thing. However, there are things that you may not want to put in the hand of a piece of equipment. Dive computers are designed to keep track of many things.  One of them is the nitrogen saturation or the amount of nitrogen that is absorbed into your bloodstream. Unfortunately, not all computers work the same in how they keep track. Many of these only use an arbitrary countdown from 18 hours backward. Then let you know when it should be safe for you to fly. However, there are some that are sophisticated enough to be able to calculate your actual saturation level of nitrogen.

The bottom line is this: Due to the dangerous nature of nitrogen saturation from breathing the air mixture inside a scuba diving tank, you want to be sure that you wait for a sufficient amount of time before you expose your body to low pressure such as flying in commercial airlines or climbing a mountain range.